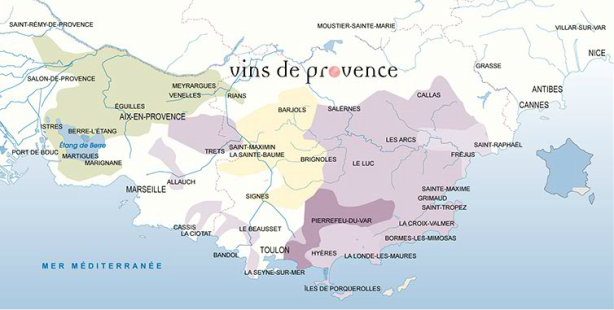 Launching a new appellation is no easy process. This took some ten years, which is not atypical. In 2003 some 30 producers (including 4 co-operatives) in the triangular region of Pierrefeu-Cuers-Puget-Ville came together to promote their belief that the largest area of production within the larger Côtes de Provence appellation had a distinctive character worthy of a sub-appellation.

Appellation regulations are controlled by the Institut National des Appellations d’Origine (INAO), who require evidence concerning soil, climate, grape varieties and wine styles. Producers have to show consistency and direction in making wine in the style which they think best reflects the new appellation. After years of analysis, research and negotiation, the new appellation may be granted. 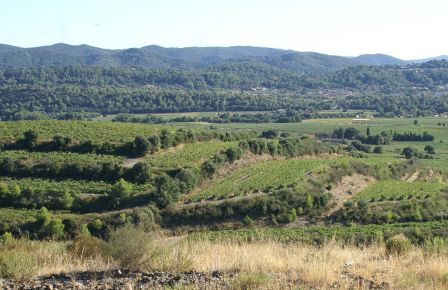 The differences between the sub-appellations can appear marginal. Critics say it confuses consumers who do not understand the regional styles nor recognise the geographical locations. But I am enthusiastic and hope that with education, back labels and development of the regional styles, consumers will recognise the range of styles within Provence. Travelling around the region I am aware of the differences in geology and climate. Different varieties are favoured, different traditions, culture and cuisine, so it is inevitable – even desirable – that there are differences, however subtle, between the region’s wines.

It is worth noting that entry level wines are largely not made to express regional style, but to be Provence wines in the broadest sense. Wines bearing the sub-appellation label are almost always the top of an estate’s range, from the best parcels of land and with greater concentration of fruit, to best show the regional character. 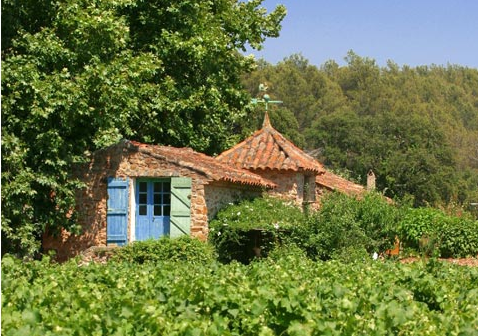 So what is specific of the wines of Pierrefeu? The winemakers describe their region as having the perfect environment for wine-making and a “golden triangle” – referring to the three main towns of Cuers, Pierrefeu and Puget-Ville. (Originally all three were included in the planned name of the sub-appellation.) The word “Pierrefeu” means “fire-stone” – referring to the amount of flint in the area around the town.

The region benefits from cooling humid maritime winds in the morning, coming straight up from the coast around Hyeres and Toulon, refreshing the vineyards before the heat of the midday sun. 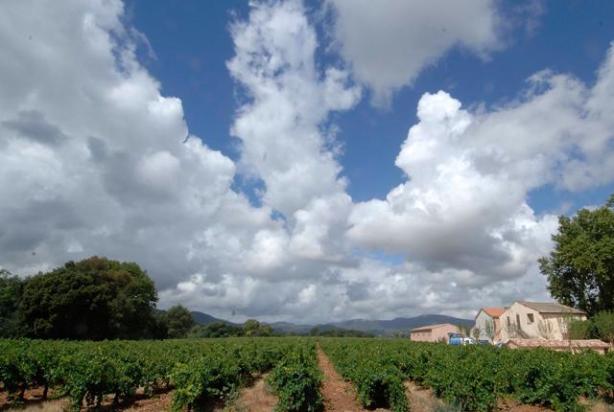 Many small rivers traverse the region, bringing bands of gravel, and meander around low rounded hills, giving added complexity to geology and exposure. Here, where the soil has more clay and gravel, wild fennel and garlic grow profusely in the spring and early summer.

On the hills where there is more schist, lavender, thyme, rosemary and juniper – typical plants of the garrigue – thrive. Up on the slopes of Les Maures are olive and almond groves, as well as forests of cork oaks and chestnuts. No vineyards are above 400m.

Côtes de Provence Pierrefeu is bordered on the east by the Massif des Maures with its schist soils and chalky limestone, and the Barres de Cuers with clay soils. To the north lies the wide inland valley and the limestone plateau of the central Var, while to the west are the hills of the Tanneron (just behind Toulon) and the Massif de Sainte Baume.

Currently, 90% of the production of Côtes de Provence Pierrefeu is rosé, but, as producers admit, such a high percentage has been largely for financial reasons, and many producers are now keen to promote their red wines and increase their production.

Here is a video about the 2015 rosés from Pierrefeu (in French):

In recent tastings of rosés of Pierrefeu, some characteristics seemed to me to emerge. The soils, in particular the schist soils, give minerality, while the limestone soils contribute fresh acidity. The combination of fresh morning winds and warm afternoons encourage very ripe, fresh fruit character.

These characters are emphasised by the regulations for Côtes de Provence Pierrefeu, specifying Syrah, Grenache and Cinsault as the principal grapes for the rosé. One of these three varieties, or a combination, make up at least 70% of the wine.

Syrah contributes black fruit and firm structure. Grenache has a red fruit character and ripeness while Cinsault has floral notes and delicacy.

The following selection of wines are those that I tasted which, to me, best illustrated the Pierrefeu sub-appellation character for the 2015 vintage. (The wines are not listed in any particular order).