December 2017: Contribution and comments on Polish rosés for Czas magazine

November: article in Provencewinezine ‘So You Want to Understand Rosé’

September 2017: Red Wines of Provence introduction to tasting in Decanter

July 2017: Quoted in Imbibe article on wines of Hungary

May 2017:President of the jury and judging at the first International Rosé Championship, Krakow, Poland 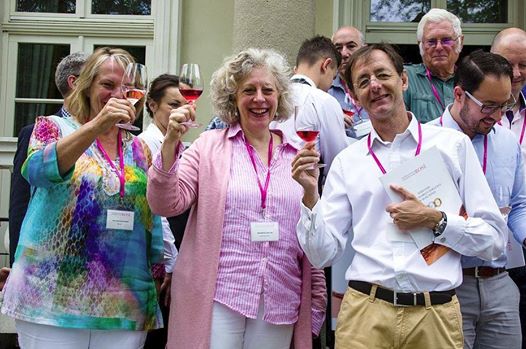 May 2017 Diary of A Master of Wine in Provence: Judging, Celebrating, Researching, Tasting

May 2017: post on Hungarian Rosés and Summer Whites for Wines of Hungary

May 2017: Judging at The Drinks Business Rosé Masters

May 2017: Webinar on Who’s Who in Provence – the Mover’s and Shakers for the Wine Scholar Guild

April 2017: Profile of Balla Géza, Romania for Wines of Hungary

April 2017: The Royal Touch Wines of Kings and Queens for Bespoke Yacht Charter

April 2017: Diary of a Master of Wine in Provence: Opening of the newly refurbished Maison des Vins

April 2017:  ** New column ** Diary of a Master of Wine in Provence: Provence Wine at Trade Shows for Provencewinezine

April 2017: Where to Next for Provence rosés in VinCE magazine (in Hungarian

March 2017 Wines of the Seafaring Greeks for Bespoke Yachts

March 2017: ‘Back to the Future: from Bubbles to Red’ Interview with Laszlo Romsics of Csanyi vineyards in Villány, Hungary for Wines of Hungary

March 2017: Rosé masterclass for the CIVP at Prowein

February 2017: Webinar on ‘Enigmatic Bandol’ for the WIne Scholar Guild

February 2017: Review of Vinisud for Harpers.

January 2017: Masterclass at Vinisud on marketing Mediterranean wines in New York and London with Christy Canterbury MW and Sarah Abbott MW Write up in Harpers part 1 and part 2

January 2017: Masterclass at Vinisud on Rosé styles of the Mediterranean with Christy Canterbury MW and Sarah Abbott MW. Masterclasses announced in French press. Reviewed by Susan Manfull of Provencewinezine.

January 2017: Review of the Barta Winery in Tokaj and Nagygombos in Mátra for Wines of Hungary